Woodside is Australia’s largest independent oil and gas company, employing about 3,500 people. The company has recently embarked upon a massive digital transformation, utilising the Internet of Things (IoT) technology and data analytics services from AWS.

Woodside’s Pluto Liquefied Natural Gas (LNG) facility in Northern WA, once connected to the cloud, could be regarded as a prime example of large-scale deployment of IoT. According to Gregory, Pluto LNG has over 200,000 sensors built into it, monitoring and measuring various attributes of plant operations 24 hours a day, seven days a week.

“If the plant stops running, it’s a big deal for us,” says Gregory. “Thanks to IoT and all of those sensors, we’ve been able to optimise the production and maintenance in that plant in a way that we were never able to do in the past.”

“For example, we used data from the sensors across the production process to build an algorithum that allows us to predict and prevent foaming in the Acid Gas Removal Unit (AGRU) – a critical part of the production process that cannot be monitored directly.” Gregory says data from “10,000 sensors was not something that anyone could digest in the past, and the cloud, IoT and data analytics has enabled us to tackle the problem.”

He believes the cloud has enabled “a culture of tackling bigger problems that [Woodside] previously wouldn’t have contemplated because you would’ve had to build a lot of IT infrastructure and we’re an oil and gas company.”

Gregory says “our innovation mantra is to think big, prototype small, and scale fast. And the cloud has really helped us to prototype small before we scale.”

One of the key enablers of Woodside’s digital and cultural transformation has been the creation of the Data Sciences Group. Tom Ridsdill-Smith, VP Geoscience, says Woodside created the group about two and a half years ago because “we’re a company like many others that’s driven by the quality of the decisions we need to make.”

He says that Woodside has been a data-driven organisation for a long time. “We’ve always collected a lot of data, we’ve always been very analytical — but that’s been done in quite deep silos of expertise.” So the purpose of the Data Sciences Group is to unlock those silos and find insights by sharing data across the organisation. The group started with just a couple of staff in 2014 and now has about 30. Says Ridsdill-Smith, “The makeup of that staff are engineers, geologists, accountants — so other professionals from around the organisation. And that’s always been a key thing for us: we want people who really understand the types of problems that we need to solve with data science to be there right in the thick of actually solving those problems.”

The Data Sciences Group has been working on cloud infrastructure since the start. Shelley Kalms, Chief Digital Officer says the reasons for this are speed and flexibility. “If we need to deliver an insight or support to the business so they can make a decision, they need that insight now. They don’t need it in six months when we can procure hardware or set up a new system.”

Lauchlan Wallace is a Manager in the Data Sciences Group. He also sees speed and flexibility as key advantages of the cloud, but adds another: people. “People are our most valuable asset and having them wait or be delayed due to the time it takes to run an algorithm is not a place where we want to be,” he says. “So we are able to spin up more compute to be able to optimise the time of our people.”

Ridsdill-Smith sees Cloud transforming the way Woodside works. “What the cloud has allowed us to do is to work in a much, much more iterative fashion. We can instantly start working on the problem, we can build these minimum-viable products which allow us to test some of the key assumptions very rapidly, and then we can iterate.”

And that approach has spread beyond the Digital Sciences Group to other parts of the organisation, he says. Rapid experimentation has moved beyond Data Science and IT and into more traditional engineering and commercial analysis. “So that skill set which has grown out of data science is now spreading into other areas of our business.”

Into the future – the interlock of AI and IoT?

Woodside’s digital journey is far from over. The company is exploring opportunities in Artificial Intelligence (AI) alongside the big data analysis with a view to becoming more predictive. Wallace says “We’re going to look at predictive maintenance, we’re going to do further work in production optimisation and also in reporting. But in the future we’ll probably hit a fork in the road, which we want to take and the flexibility of cloud allows us to choose to take that fork in the road without any cause or consequence. If we find that that is a dead-end we can back out with very little impact or regret cost to the business and continue on.”

Gregory concurs. “The next generation for us at Woodside on the innovation cycle is the merge of IoT and AI to really augment the decision-making and inform much better decision-making for almost all parts of our business.”

Asked if he had any advice for other organisations contemplating a move to the cloud, Gregory says the only way to find out of it works is to do it. “An example is we went from 10,000 sensors to 200,000 sensors without really thinking about it. And I think that’s been one of the key learnings: is just get out there and give it a go and see where the value in your business will be.”

Ridsdill-Smith suggests getting one project onto the cloud to show the organisation what can be done. “Pick problems that matter, but ones that aren’t too big. Delivering results quickly can have an enormous impact, and just little wins can really help build momentum.”

For Wallace, the biggest win is the freedom to experiment — to choose a path without being afraid of what you might find. He says “I think Woodside is in an interesting spot now where we’re not scared or feel as though we’re held back by the infrastructure or the constraints of how we used to do things in the past. We are willing to experiment and be agile in the way we choose the path in the future.” 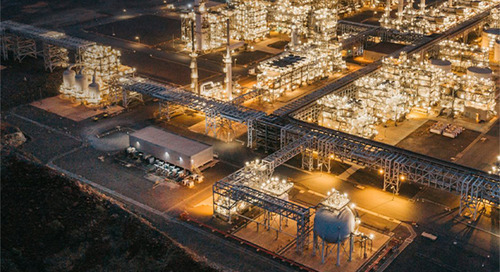 We interview the team at Woodside's robotics division on the strategy, architecture and impact on its remot...

We interview the team at Woodside's robotics division on the strategy, architecture and impact on its remote operations team.