Despite not being a new concept, Event Sourcing as a means of storing and processing data has struggled to gain a lot traction in the IT landscapes of large enterprises. Some of the challenges to adoption for Event Sourcing has been in the complexity of building and operating a distributed and immutable log like Apache Kafka plus the lack of framework support. In this session we will hear from Simple Machines CTO, Andy Britz how in conjunction with Amazon Managed Streaming for Apache Kafka and a new open source framework they have released called Simple Sourcing that the barrier to entry for development teams looking to explore Event Sourcing architectures has been considerably reduced.

What you will learn: 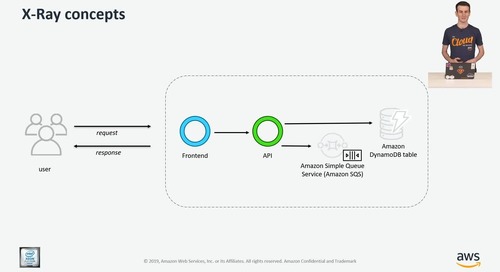 Overview: In modern, microservices-based applications, it’s critical to have end-to-end observability of e... 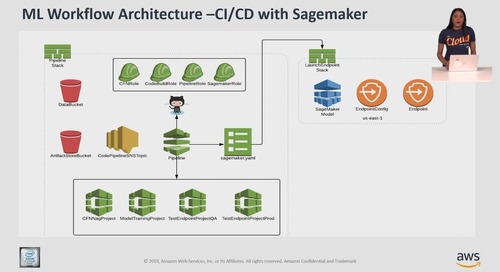 Overview: Data Scientists and ML developers need more than a Jupyter notebook to create a ML model, test i... 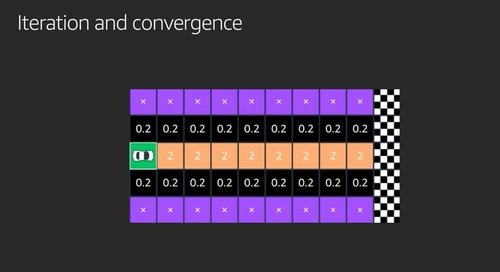 Join Amazon Web Services (AWS) for a fun, educational and virtual AWS DeepRacer event which is running in conjunction with the AWS She Builds program. Get behind your keyboard for an immersive experie 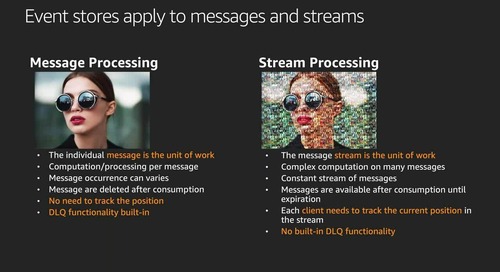 1:00:29
Accelerate your Serverless outcomes with messaging and event based architecture

About this session: Event driven architectures are a critical component of modern business application development, enabling organisations, across almost all industries and verticals, to build loosel 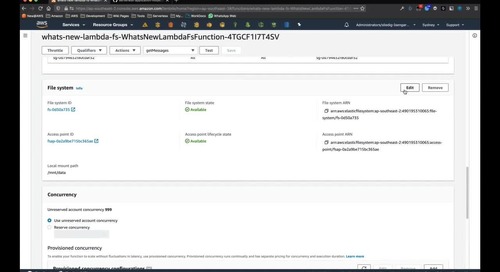 Find out how to drive business agility by building cloud native modern applications, and hear the latest updates from AWS experts. 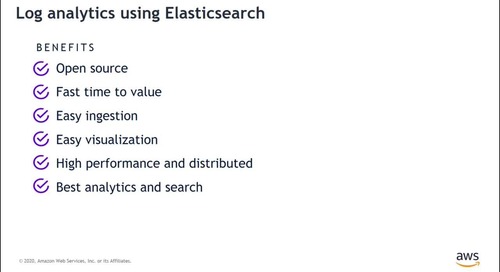 In this episode we will build an Apache Flink application with Kinesis Data Analytics for Java Applications and we will build dashboard for visualization using Amazon Elasticsearch service. 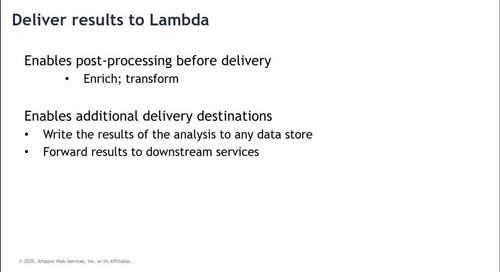 Amazon Kinesis Data Analytics is the easiest way to analyze streaming data, gain actionable insights, and respond to your business and customer needs in real time. In this episode, we will cover how t 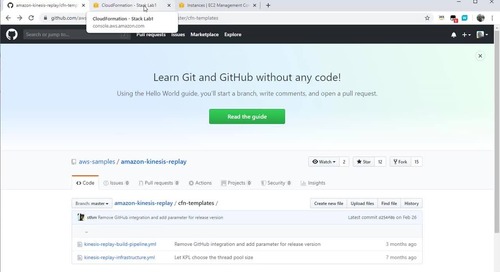 In this episode, we will cover how to do serverless stream processing with AWS Lambda and how to ingest data to Amazon S3 using Amazon Kinesis Data Firehose delivery stream. What you learn in Episo 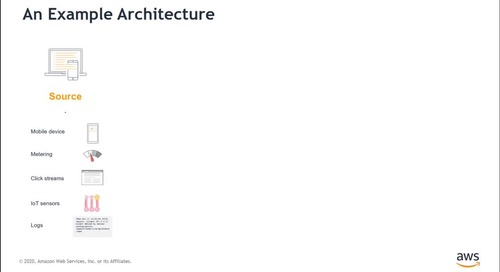 In this first episode, we will cover the core concepts of real-time data processing. We will create an Amazon Kinesis Data Streams and populate data on stream by running a producer client program on a 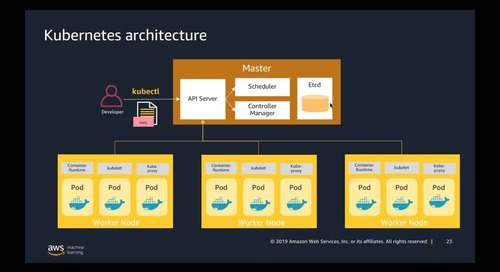 In this Level 300 webinar, we will cover how and why to use Amazon SageMaker with Kubernetes, with a focus on how to build production-ready solutions which are scalable, and robust. The webinar will i 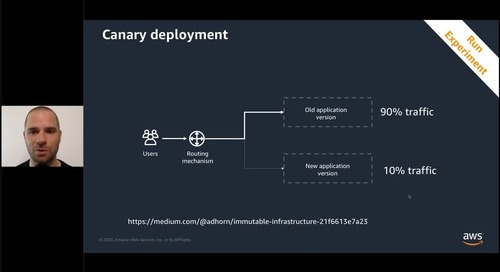 Failures are inevitable. Regardless of the engineering efforts put into building fault-tolerant applications and handling edge cases, one day, a case beyond 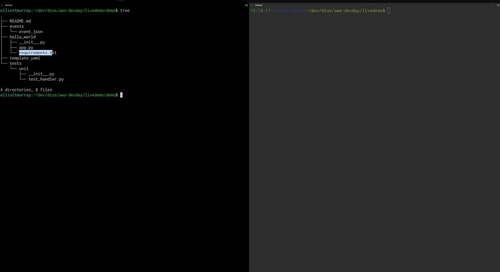 Overview: How can you up your game in software development by increasing the speed at which you release software to your customers, reducing bad code, and becoming happier in the process? The answer: 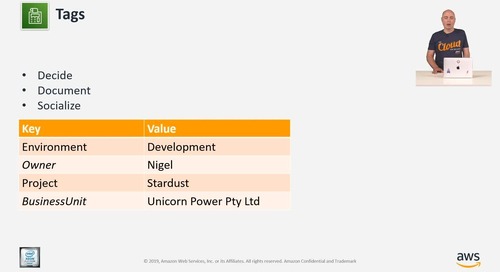 26:35
Developer Day 1 - Building on a Budget: How to keep your costs down while moving fast

Overview: In modern, microservices-based applications, it’s critical to have end-to-end observability of each microservice and the communications between them in order to quickly identify and debug i

Overview: Data Scientists and ML developers need more than a Jupyter notebook to create a ML model, test it, put into production and integrate it with a portal and/or a basic web/mobile application i 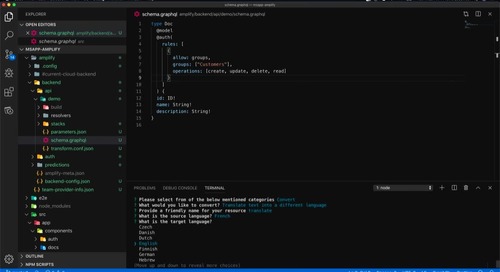 Overview: In this session you will learn how to integrate AWS Amplify into your new or existing web application to make full utilisation of the AWS platform. This session is targeted at developers wh 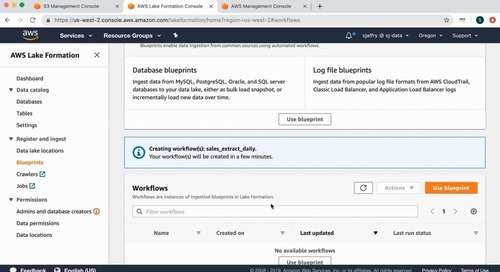 Overview: In this session you will learn how to build a secure and automated data lake. You will also learn how to setup periodic ingest of inventory data into the data lake, build automated transfor 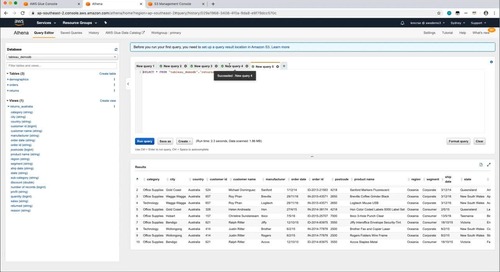 Overview: In this session, you will learn how to crawl your data in your Amazon S3 data lake and query your data using standard SQL in a serverless manner using Amazon Athena. This session will also 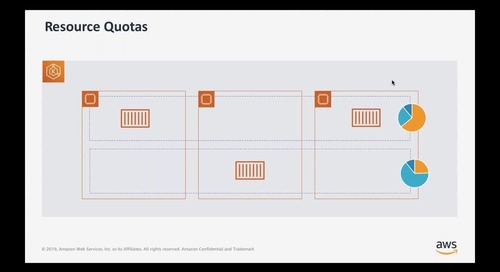 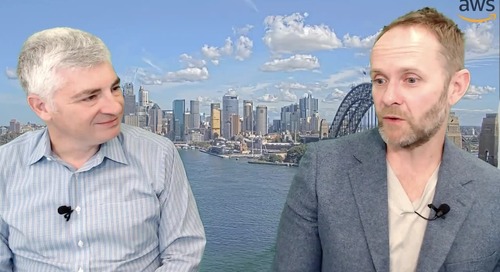